Think Businesses are Only Hit Once by Cybercrime? Think Again

Let’s begin with a cold, hard fact—if a business has been targeted by cybercrime from an outside source, there is a 68 percent chance that another attempt to access their network will come within one year. This statistic comes from Crowdstrike, a cybersecurity solutions provider. Despite this reality, there seems to be a perception that there’s some unwritten rule somewhere that a company can only be attacked once.

Let’s go over this discrepancy, and what it means your business needs to do.

Why Breaches are Commonly Seen as One-Off Events

Before we get into the data, let’s tackle the crux of the matter—too many businesses seem to have the idea that, if they are successfully breached by a cyberattack at some point, they are somehow immune to all cyberattacks from that point forward.

I hope I don’t have to tell you that this isn’t the case, especially as we just outlined a statistic that does just that. Instead, let’s consider why the opposite is such a popular outlook.

There’s the Misconception that Most Disasters Are Freak Events

Consider it for a moment: many disasters that we go over when we discuss business continuity planning—hardware failure, lightning strikes, and the like—are often considered “freak events.” They’re those moments when circumstances happened to line up just right… or wrong, depending on how you look at it.

However, this simply isn’t the case. Take hardware failure, for instance. There’s actually a formula meant to help manufacturers recommend inspection and replacement rates for specialized systems, like aircraft guidance systems. These failures are rare, but need to be anticipated, and so are expressed by calculating the mean time between failures, or MTBF:

This doesn’t mean that the hardware won’t fail sooner or may not fail for some time after the MTBF passes. It’s the average estimate, which means there can—and will—be outliers.

This Principle Applies to a Lot of Things

The same can be said of weather events. Contrary to the old saying, lightning does in fact strike twice. The Empire State Building website says that the iconic building is struck about 25 times a year (hey, look! Another average!). Consider Roy “Human Lightning Rod” Sullivan, who was struck by seven lightning strikes between 1942 and 1977 and survived each time.

The thing about chance is that it’s a numbers game, and different variables that apply to your business will influence these numbers differently. All most disasters are is the culmination of the right variables that contribute to a specific result.

Why Cybercrime is Different

Returning to Crowdstrike’s data and the 68 percent chance of a second attack following a first, it only makes sense. Cybercriminals and the algorithms and strategies they utilize actively target low-hanging fruit. Businesses that were already breached once would certainly qualify as such in the eyes of the opportunistic cybercriminal looking to maximize their return for their efforts.

Fortunately, in the case of Crowdstrike’s data, those businesses attacked for a second time managed to prevent a second breach.

What This Means for Your Cybersecurity

Frankly, if you’ve already been targeted by cybercriminals before, there’s an excellent chance that it will happen again soon after. This means that you need to ensure that your cybersecurity is comprehensively locked down—especially, but not limited to, the vulnerability that let in the threat the first time.

The same really needs to be said for businesses that have not yet been breached. Complacency is not your friend in terms of cybersecurity, so it pays to be proactive and prepare to rebuff any incidents that you can.

Netconex can help with our comprehensive cybersecurity protections and our monitoring services. Not only will we make it more difficult for threats to get in, but we’ll also keep an eye on your infrastructure to quickly catch those that do. Reach out to us at 717-295-7630 to find out more. 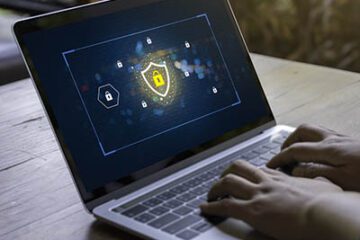 Why Encryption is Crucial for Your Company’s Success

While reading our blog and newsletters, you might come across the word “encrypted” quite a lot. Sometimes it’s in the form of ransomware encrypting data, while other times it might be regarding the encryption of Read more… 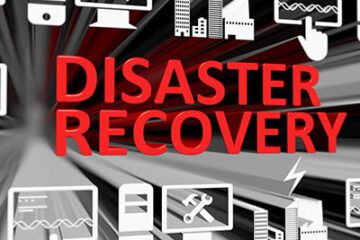 What Actually Happens with a Disaster Recovery Incident?

Disaster recovery is one of those platforms that businesses don’t want to have to use, but need to spend ample time planning in case they do. This is rather unique in business, so only by Read more… 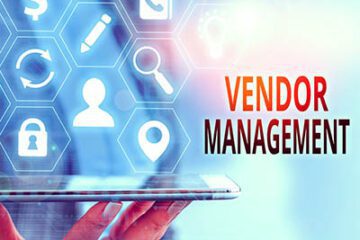 Every business has vendors and most of them take up more time than they probably should. Some of the relationships are pragmatic and fulfilling, but many take up too much time and effort and tend Read more…